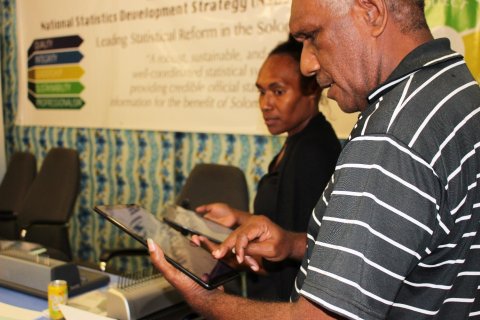 The 2019 Population Census night is on 24th November and will be conducted under the slogan, “Kaont blo mi, fiusa blo mi” or in English translation “My count, my future”. The entire exercise will end by December 8.

This is the biggest ever Population Census operation with about 3,000 field officers (enumerators and supervisors) has been recruited by the Census Office to carry out data collection across the country compared to previous censuses, and in a short period of time.

Also it is the biggest-ever Population Census attempted in our development history in terms of the scope and nature of questions to be asked from the current population. These would include questions about the socio-economic and demographic characteristics of individuals within private households and non-private dwellings such as age, gender, religion, occupation, education, disability, economic activity financial inclusion, natural disaster and even a question on the Constituency Development Fund (CDF) will be asked.

Census in Honiara to go digital 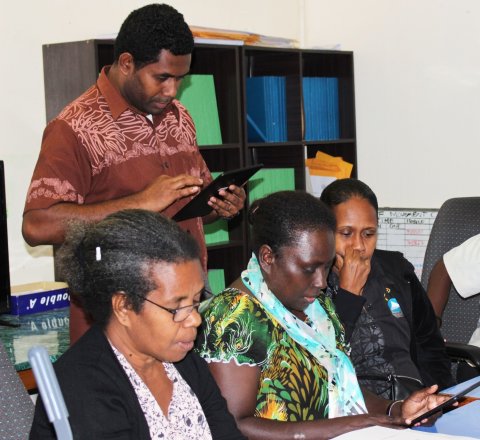 The National Census Office through its National Statistics Office is set to employ tablets to capture data for the first time in the agency’s 49-year history to more efficiently execute this year’s (2019) Population Census, especially in Honiara.

The new initiative is a move that looks to replace and end the 10-yearly survey with a digital alternative in the future.

Census Commissioner, Douglas Kimi said the initiative is a new challenge yet a step forward for the government statistical agency as it endeavouring to cope with technology.

However, Mr. Kimi stressed that the tablets will be only used by census field officers in Honiara City while the other provinces will still use the paper questionnaire forms.

“There will be a slight difference from the 2009 census where Honiara city data was captured/filled in a paper forms and this will minimise the amount of time taken in each household. Using the digital mode will ensure privacy, faster processing and data safety. But for the other nine provinces paper forms/questionnaires will be still used in the 2019 Population Census,” Mr. Kimi said.

An appeal to the fellow citizens

The massive exercise, to be spread over the next 6 weeks until December 8, 2019.

Mr Douglas Kimi appealed to fellow citizens to participate in the census and support field officers who will be out in the field to collect and record data or information “for the good of the nation.“

“My appeal to all brothers and sisters of the country is to wholeheartedly take part in the enormous national tasks of Census implementation phase. It is important for the nation as well as you,'' he said.

Mr. Kimi also said: “the government uses the data collected during the exercise for planning of development programmes. It is also important for the budget allocation process for the national government, and will be used in future planning, as well as monitor the progress of government development programs. The data is also used by National and International agencies to inform critical decisions on diverse issues. Therefore, your participation is very important.

This exercise must succeed and will succeed. We will leave no stone unturned to visit every village, every habitation and institutions in the country.''

Census is the official count of how many people and dwellings there are in the country (SI). It gives a unique snapshot of our communities. Information from the census helps determine how government funding is spent in the community.