Gender statistics are an important tool to raise public awareness of the living conditions of women and men.

There has been a long standing focus on achieving equality between women and men in the Pacific, with legal and policy commitments expressed in a range of national, regional and international instruments such as:

In order to implement and monitor measures to achieve these commitments, Pacific Island countries and territories (PICTs) need evidence of the current situation of women and men and how this is changing over time. This information is critical for law-making, policy-making, international human rights reporting, and national, regional and international advocacy.

Below is a list of Violence against Women (VAW) surveys conducted or underway in the UNFPA Asia-Pacific region, as of July 2020:

For additional information relating to gender please go to our Social Development Programme. 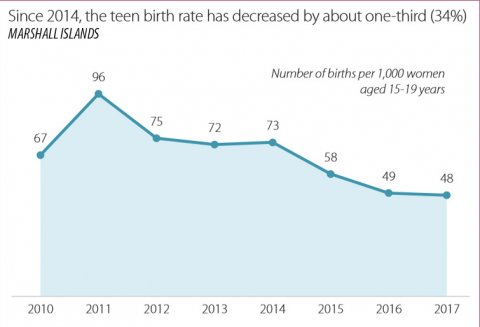 Marshall Islands compendium of analysis of the 2019/20 HIES

Kiribati undertook their third HIES between 2019 and 2020. The main objectives of the survey were to assess the socioeconomic situation of i-Kiribati people and households and to provide data for use in forming economic and social policy.
News item image

Mobile Vulnerability Analysis and Mapping of Food Systems: Supporting Access to Timely and Open Data in the Pacific

Timely access to reliable data on food security is vital for decision making in times of crisis, especially for the Pacific in the context of the current COVID-19 pandemic and climate change.
News item image

A new tool to help register every birth and death

A well-functioning civil registration and vital statistics (CRVS) system is the cornerstone of good, sustainable governance and is key to social and economic development; The CRVS Systems Improvement Framework report is now available.
END_OF_DOCUMENT_TOKEN_TO_BE_REPLACED

pdfLabour in Kiribati: based on analysis of the 2019/20 household income and expenditure survey
PDF  |  4.13 MB