Labour in Kiribati based on analysis of the 2019/20 HIES 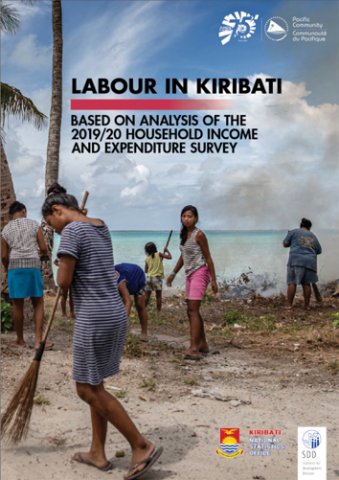 Household Income and Expenditure Surveys (HIES) provide a wealth of information with both macro-and microeconomic applications, including rebasing the household component to GDP and the consumer price index, as well as providing insight into household production and consumption habits. Kiribati’s 2019/20 Household Income and Expenditure Survey – the second since its inaugural in 2006 – has resulted in numerous statistical outputs in the areas of household income and expenditure, food consumption, food security and poverty (in press). The report titled ‘Labour in Kiribati based on analysis of the 2019/20 household income and expenditure survey’ was published in July 2022 and is the most recent analytical product resulting from Kiribati’s 2019/20 HIES.

The Kiribati National Statistics Office, the International Labour Organization (ILO) and the Pacific Community (SPC) are acknowledged for their important contribution to the Kiribati 2019/20 HIES and the production of the report ‘Labour in Kiribati based on analysis of the 2019/20 household income and expenditure survey’.