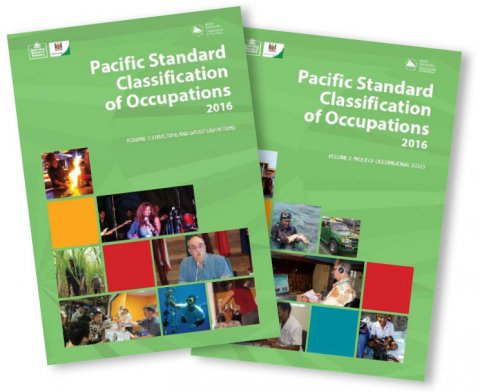 The Statistics for Development Division (SDD) of SPC has released the Pacific Standard Classification   of Occupations 2016 (PACSCO 2016), which it has compiled in collaboration with the Australian Bureau of Statistics and the Fiji Bureau of Statistics. It has been derived from the International Standard Classification of Occupations 2008, the custodian of which is the International Labour Organization.

A major use of PACSCO 2016 will be classifying occupation information collected in population censuses and other  surveys. It can also  be  used  for designing training programmes to match skill requirements in the labour market.

The classification is contained in two volumes: